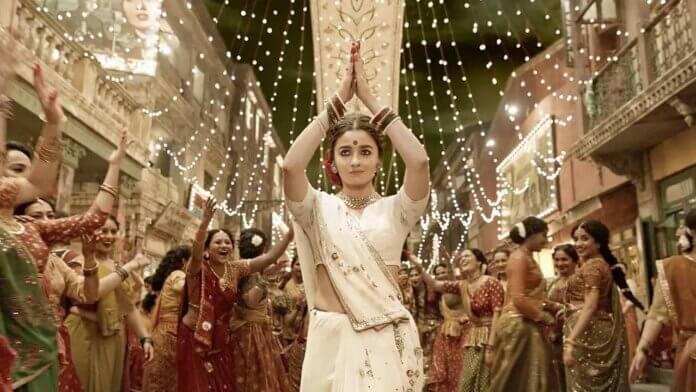 Let us give some detailed information about these films, let’s start with A Thursday

Which is a suspense-filled movie by Yami Gautam, well-known actress Yami Gautam is in the headlines for her film A Thursday.

The film is a crime thriller and hostage drama that has captivated the audience. The story of A Thursday begins with Naina Jaiswal who is working as a teacher in a play school. Yami Gautam has played the role of Naina Jaiswal in this film, while Dimple Kapadia is seen in the role of the Prime Minister of the country. Directed by Behzad Khambata, the film also features Neha Dhupia and Atul Kulkarni playing Katherine and Javed Khan.

A Thursday Movie Story revolves around school teacher Naina Jaiswal. The turning point in the film comes when Naina Jaiswal makes small children hostages. After which she informs the police about this and slowly this thing spreads like fire in the whole country. Naina Jaiswal starts placing her demands one by one in front of the police. She demands Rs 5 crore from the police and demands to sit face to face with the Prime Minister of the country. She threatens the police that if she does not listen, she will kill the children.

The director of this movie is – Vivek Agnihotri

This movie is a bit big, this movie runs for about 2 hours 50 minutes but it will not bore you.

Anupam Kher has once again done great acting. He stuns with his performance. Seeing them on the screen, and understanding their pain makes you feel sore. He is perfect as a man longing for his lost home. Pallavi Joshi has been equally influential. As a viewer, you miss the fact that there should have been something else in the character of Pallavi Joshi. Chinmoy Mandlekar and Mithun Chakraborty have played their respective roles well.

This film by Vivek Agnihotri reviews the tragedy of escape. It is based on the reports of that period. Based on the own story told by Kashmiri Pandits. The film also talks about the cruelty that happened to him because of religion. Be it the killing of Telecom Engineer BK Ganju in a barrel of rice or the Nadi Marg massacre, where 24 Kashmiri Pandits were killed by terrorists dressed in army uniforms. The film traces these true events through the eyes of an aging nationalist, Pushkar Nath Pandit (Anupam Kher), his four best friends, and his grandson Krishna (Darshan Kumar). It turns out to be the story of the search for truth even for Krishna, oblivious to his past. There are many such painful incidents recorded in the pages of history, which not only shamed both humanity and society but also gave such a wound, whose traces are still found today. The exodus of minority Hindu Pandits from Kashmir, and their plight is one such true tragedy. ‘The Kashmir Files Review’ is a film that wakes you up emotionally. It shows the Kashmir Valley of the 1990s. Shows the atrocities of terrorists on Kashmiri Pandits. Tells the story of Pandits being forced to flee their homes by Islamic terrorists. ‘The Kashmir Files’ is based on true stories of such people who have suffered the brunt of that tragedy. Those who were called refugees. The film makes an argument that it was not just an escape, but a barbaric massacre, which was suppressed for political reasons. These people have been living in exile for almost 30 years, their homes and shops have now been occupied by the local people for so long. Kashmiri Pandits still expect justice and the most important thing is that they should get their respect, their recognition. It is interesting that so far the pain of these displaced families has been depicted only a few times on the cinematic screen.

The film traces the journey of ‘Gangubai’ (Alia Bhatt) from being a sex worker to a social worker. In this, Ganga runs away from home with her lover with the dream of becoming a heroine in Mumbai, becomes Chand Gangu, seeks help from Don Rahim Lala (Ajay Devgan) for justice against the tyranny of a cruel customer, and then establishes a brother-sister relationship with him. , defeating Kamathipura’s President Razia Bai (Vijay Raj) and occupying that chair, writing a love story with the tailor Afsaan (Shantanu Maheshwari) and with the help of journalist Faizi (Jim Sarbh) as a president from the society for the rights of the women of the area. Fighting is all in it.

The film actually comes after the interval in its color. When Gangu stands up for the rights of his loved ones, his pain, and his anger is clearly visible. From his debate with the headmaster to his speech in a crowd of hundreds, the scenes are powerful. Apart from this, how a kothewali makes her young daughter sleep by licking her opium to save her from the eyes of the customers, and how the society does not consider these girls to be able to sit among them, these scenes make you think.

Talk about Alia Bhatt, who lives Gangu on screen, in a real sense, she is the moon of acting here. Despite her slender physique, Alia has embodied the fearless attitude of mafia queen Gangubai with her expressions, physique, and body language and has shown the critics that there could hardly have been a better choice for the character than her. Actors like Ajay Devgan, Vijay Raaz, Seema Pahwa, Shantanu Maheshwari, and Jim Sarbh have also strengthened the film in their respective roles. Another strong aspect of the film is its dialogues. The pair of Prakash Kapadia and Utkarshini Vashisht has composed many soulful dialogues. Subrata Chakraborty, Amit Ray’s production design and Sudip Chatterjee’s cinematography go hand in hand in making the film beautiful. As an editor, Bhansali could have reduced the length of the film a bit. At the same time, the songs of the film composed by him are definitely in accordance with their time and story, but after coming out of the theater, apart from ‘Dholida’… the rest of the songs are not remembered.

Directed by Nagraj Popatrao Manjule, Jhund in which well-known artist Amitabh Bachchan is seen playing the lead role, the film has so far received good support from the audience,

This story is about Vijay Barse, a retired sports teacher from Nagpur, who devoted his entire life to shaping the future of the downtrodden and poor children living in the slums. The story of this ‘Mahanayak’ has been engraved on the screen by the megastar of cinema Amitabh Bachchan. For two years, Nagraj Munjle worked on this script, researched, and gathered information on the life of Vijay Barse to form ‘Jhund’. This film not only inspires but also tells the bitter truth of society.

The story begins with the filthy streets of the slums, the youth immersed in drugs, snatching, and alcohol. One day when Vijay Borade (Amitabh Bachchan) saw the children of the slum playing football with the box on the ground, he understood their talent. Initially, Vijay Borade persuaded the children to play by paying money and gradually he changed the lives of these children with education and love. The director has tried to show this real story, struggle, and hard work of Vijay in his film.

‘Wall Jumping is strictly prohibited.’ There are colleges on one side of the wall and slums on the other. This wall serves as many symbols in the film. Along with separating the two societies of India, it also tries to reconcile the evils under its guise.

The reality of Dalit families and youth living in slums is disturbing. These scenes bring the film to life. With this, the strong acting of Amitabh Bachchan breathes life into the film. While on one hand, it hurts to see the condition of the poor and downtrodden, on the other hand, this film also tickles the audience with laughter in between. If this film, which is more than two and a half hours long, had been shortened a bit, it would have proved more accurate.